Helping Your Boiler to Reach a Good Old Age 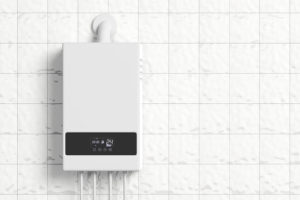 The average combi boiler should last for 12-15 years, with some going strong after almost a couple of decades, but many people expect theirs to pack in after nine or 10.

If you’ve just had a boiler installed or you’ve moved into a new home with a relatively new boiler, then there’s lots of things you can do to keep it running safely and efficiently for quite a few years.

Get an annual service

If possible, make it twice a year. A regular service picks up small problems before they grow in size (and expense) and you also know it’s running safely without sending dangerous gases into your home.

An annual service, in fact, is often necessary to keep your manufacturer’s guarantee or warranty and for £60-120, it’s peace of mind.

Air can easily get into your heating system and while some will manage to escape through the automatic air vent, some might find its way into the radiators, where it’ll rise to form bubbles at the top. If your radiators are suddenly cold at the tops, they probably need bleeding.

Bleeding radiators is very easy (and involves no actual blood!). You use a special bleeding key to turn a nut at the top of the radiator and this lets the air escape. Once the air stops hissing and you get water coming out instead, you’re all done.

It’s not magic; it’s magnetic! A magnetic filter is simply a very powerful magnet that fits onto the returning pipework of your central heating system, where it grabs sludge straight from the water. Most “sludge” is basically tiny rust particles and if it builds up in the general water circulation over time, it can collect at the bottom of your radiators, preventing them from heating properly.

Worse still, it can get into your boiler, where it can cause a lot of expensive damage. You’ll need to have the filter cleaned out once a year or so to keep it working at its best.

An inhibitor solution is an anti-corrosive that’s added to your heating system to slow down the formation of scale and rust; with the magnetic filter, you’re using a two-pronged attack against the dreaded sludge. You should have your engineer add the inhibitor, ideally, so that you don’t create a leak.

This isn’t necessarily something you’ll need if you have a magnetic filter and an inhibitor, but if your boiler is a few years old and you’re not entirely sure about its history, then it might be a good idea. Older systems often have a build-up of sludge, so getting an engineer in to use a high-pressure water jet to flush it all through could leave you feeling toasty and your boiler feeling rejuvenated.

Turn up the summer heat

Your boiler may have a summer setting, which heats just the water. This is great for saving money and keeping you cool during a heatwave, but your boiler is designed to work; leaving it idle for too long can damage it.

No matter how hot you’re feeling, turn on your heating for a few minutes once a month so that it gets a workout and sludge doesn’t get much chance to gather in one area or section.

At the other end of the temperature scale, you need to look after your boiler when it’s cold outside. Not only are you reducing heat loss and making your home warmer, but you’re also preventing damage to water pipes and condensate pipes. One common issue once the temperature falls below freezing is that pipes split or break as water freezes and expands in them. Once everything thaws, plumbers and engineers are kept very busy indeed with emergency callouts!