Is Stamp Duty Stamped Out? 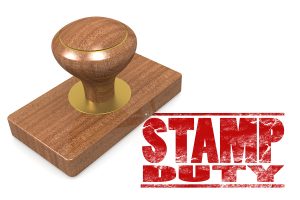 The autumn budget of 2017 contained a nice surprise for first-time buyers from Chancellor Philip Hammond. From November 22, first-timers will pay no Stamp Duty on properties priced up to £300,000.

There’ll also be some Stamp Duty relief on the first £300,000 on properties worth up to £500,000. This move is to ease the pressure for first-time buyers in areas where property prices are high, like London and Oxford.

Most first-timers will benefit

According to the Treasury, this Stamp Duty abolition (or relief) will mean that 95% of first timers will pay a reduced amount of duty, with 80% paying none at all.

The average national Stamp Duty bill for first-timers in the UK is around £3,000. In areas of the country where properties are priced at around the original £125,000 threshold, however, this change will have hardly any impact. Some first-time buyers will save only a few pounds.

In areas where first-timers could can expect to pay between £125,000 and £300,000, however, the changes will make that all-important first move that little bit easier.

It’s in cities like Oxford and London where the impact will be felt the most; many first-time buyers in Oxford will save around £4,000 on their Stamp Duty bill. London first-timers, who pay an average of £479,000 on their new home, will save £5,000, which is the maximum amount anyone will see slashed off their costs.

When does the change come into effect?

The Stamp Duty change took effect in England, Wales and Northern Ireland on November 22 and remains in effect until March of 2018. Scotland has another, independent, form of land tax that isn’t affected by these changes.

If a couple is buying a property together, they must both be first-time buyers. If one half of the couple has bought a property before, then there’ll be no Stamp Duty relief.